We conducted a trip to Konya on 17th December. Konya is a city in Central Anatolia in Turkey which has protected its name for centuries. Legend says that Perseus killed a dragon that had been ravaging the town. The people set up a special monument to honor him, a stone obelisk with an icon of Perseus carved in it. This event gave the city its name, Ikonyon, Ikonyum, Iconium.

We started our journey at the dormitories’ bus station on the main campus at 5:00 am. Our route was from Bilkent to Salt Lake (Tuz gölü) and afterwards to Konya. In total, the route was nearly 330 kilometers.

At 8:00 am we arrived at Salt Lake. When we reached there the weather was freezing, it was near -11C. Salt lake is the second largest lake in Turkey with its 1,665 km2  surface area and one of the largest hypersaline lakes in the world. After resting and enjoying the majestic scenery for 30 minutes, we left for Konya. 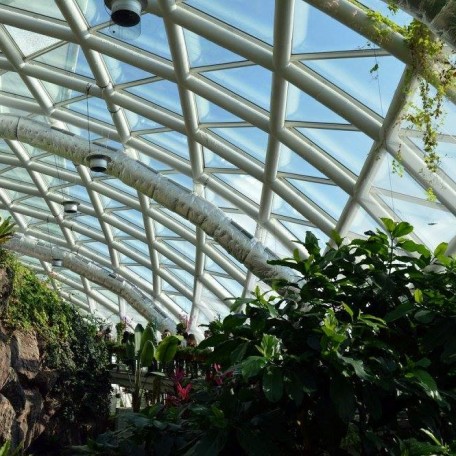 After the guide, we were hungry and we went to eat etli ekmek. Etli ekmek is a pizza-like dish which originated in Konya in Turkey. “Etli ekmek” means “bread with meat” in Turkish. It is very common in cities in the central part of Turkey.

After resting for a while in the restaurant we left for the Mevlana Museum. It is the mausoleum of Jalal ad-Din Muhammad Rumi, a Persian Sufi mystic also known as Mevlâna or Rumi. It was a privilege to get to know about the mystic part of Islam, founded or guided by Mevlana Jalauddin Rumi. The shrine of Rumi was there, and some other memories and relics. Even though it was crowded because of şeb-i arus (death day of Rumi) it was an enlightening and enjoyable experience.

Later, we left for visiting Alaeddin Hill, which is located in the city center though we did not stay there for long. We took photos, rested and went to have dinner at 6:30 pm at Kuzucu Ali where we had a specific type of kebab called ‘tandir kebab’. After dinner approximately at 8:00 pm we left Konya and arrived Bilkent at midnight.